What Is San Pedro? All About The Sacred Cactus | RSH Berlin

What is San Pedro Cactus? The Sacred Plant Explained

In this article you will really discover everything about San Pedro:

Quick Navigation
Introduction: History
San Pedro as Medicine: Properties and Usage
The Preparation of the Cactus
The San Pedro Ceremony

Echinopsis Pachanoi, also known as San Pedro Cactus, is a cactus native to the Andes of Peru, Bolivia, and Ecuador. It grows at an altitude of about 2000-3000 meters and is widely used as an ornamental plant. In these countries, however, it is best known for its hallucinogenic and healing properties. Especially the Moche civilization has made use of it using the cactus for healing and divination purposes.
In South America, the Echinopsis Pachanoi is known by many different names: Achuma, Huachuma, Wachuma, Aguacolla, Hahuacollay or Giganton describe what is most commonly known as "San Pedro Cactus" in Western civilizations.

It is said that the traditions of using the San Pedro cactus in Peru date back more than 3000 years. The oldest archaeological evidence suggesting the use of San Pedro is a stone carving (see photo below) of a huachumero shaman of the Chavín civilization in the old temple of Universal Consciousness at Chavín de Huantar, in northern Peru.
According to archaeologists, the carving dates back to at least 1500 BC, and probably even beyond. There are also old Chavin textures that portray the cactus with jaguars and hummingbirds surrounding it. 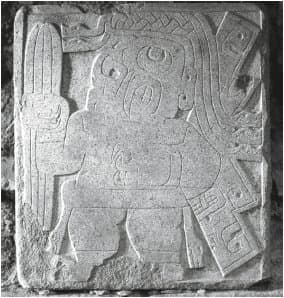 It is difficult to establish a continuity of use between the traditional use and the current one of San Pedro in the Andes area. One thing that is certain, however, is the fact that the use of the plant changed dramatically with the arrival of the Spanish conquerors. Coming from the traditional view of the Christian world, the use of San Pedro has been transformed to serve the doctrine of the church.

In fact, the name "San Pedro" refers to the St. Peter of the New Testament.

According to legend, it was St. Peter who held the keys to the heavenly doors; a strong reference to the transcendent moods that San Pedro can induce.

Still today, the cactus is used by the indigenous people of the Andes and on the coasts of Peru and Ecuador for the same medicinal and therapeutic purposes that are inherent in the plant.

Today's San Pedro ceremonies take place for the same reasons as ever: to cure spiritual, emotional, mental or physical diseases, to predict the future through the prophetic and divinatory qualities of the plant, to fight witchcraft, to bring success to their exploits and to awaken love and enthusiasm for life. It may be precisely for these reasons that South America has seen a strong increase in tourism for San Pedro in recent years.

The San Pedro Ceremony is truly transformative and surprising. The San Pedro is a very powerful cure, the effect lasts twice as long as the Ayahuasca, and opens the heart to love and peace towards oneself and the world. Ayahuasca is often represented as the female part of the two sacred master plants and San Pedro is the male part. My shaman friends in Peru say that Ayahuasca shows you what you need to change, gives you an idea of your challenges and problems, and San Pedro (Wachuma) gives you the power to make that change happen.

Often, in a healing experience, the mind is on the way to the wisdom of the heart. The San Pedro goes straight to the heart and bypasses the defenses of the mind and the resistance of the ego. There can therefore be surprising transformations for people who have a lot of mental activity that holds them back from healing, with fantastic openings of the heart's energy center.

Ayahuasca is more of an inner journey into the universe within you, while San Pedro is more of an outer journey that shows you how other dimensions merge with physical reality, showing you your multidimensional nature. Your motor skills are not as affected by the San Pedro as they are by the Ayahuasca, which is why you usually take walks in nature during the ceremony.

Among the most common effects that this master plant can make you feel there is the possibility to bring back to mind distant memories, which you thought you had forgotten on which you can then go to work with the help of the spirit of San Pedro. You can also acquire an increased ability to see and feel the world around you by feeling an unconditional love for any being or earthly creature and for any inanimate form and entity.

Throughout the history of its use, San Pedro has been known to function as a powerful medicine with the ability to cure "unknown diseases". While one can belittle this conception as a simple superstition of primitive tribes in the Andes, there is actually science that suggests medicinal benefits from taking San Pedro. Research has shown that San Pedro is able to reduce hypertension, reduce the risk of heart disease, treat nerve disease and alleviate joint problems.

Cactus San Pedro has also been associated with powerful antimicrobial properties that prevent the growth of more than a dozen strains of penicillin-resistant bacteria, such as Staphylococcus.

San Pedro contains high concentrations of the psychoactive compound called mescaline, so there is much controversy surrounding this "substance". It should be kept in mind, however, that mescaline does not produce physical dependence.

The Preparation of the Cactus 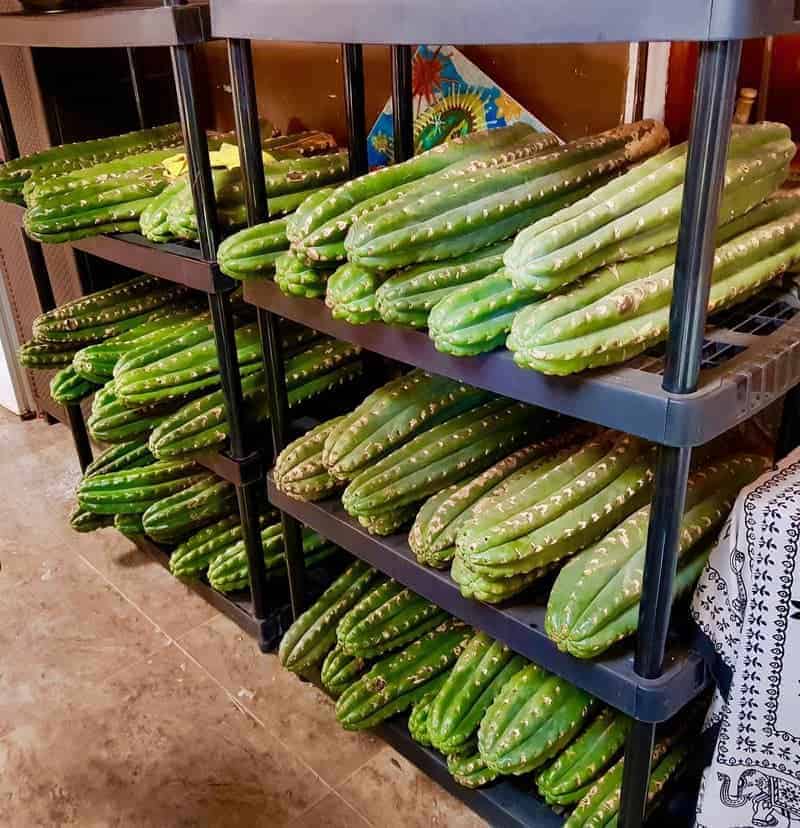 The preparation of San Pedro for healing use takes a long time. Sometimes it takes up to 24 hours for the entire preparation process. First, the plant is cut into small pieces. Then, the pieces are boiled until they are very soft. Once they are soft enough, they are crushed and filtered of all their liquid. The liquid is then added to the water used for boiling the plant.

The resulting solution is reduced until only a highly concentrated bitter green liquid remains. The liquid is then drunk by those attending the ceremony. Today, the preparation of the cactus takes only four or five hours, with about 30cm of San Pedro being chopped and processed.

It is important not to ingest the waxy coating of the cactus or its plugs. The same applies to the central section of the cactus.

For a real ceremony, all three sections must be present. The left area is used to reveal the disease, the central field is used to balance negative and positive energies, and the right is used by the shaman to find the right blend of healing herbs. Just like the chants (Icaros) that are sung during Ayahuasca ceremonies, the objects of the mesa allow the shaman to structure the experience of his patients so that healing can take place.

Usually, the ritual takes place at night or during the day depending on the type of shaman and consists of a long preliminary purification ceremony followed by the ritual itself. The ceremonial acts consist of prayers, invocations, and songs that are accompanied by the beat of a shamanic rattle. Through these acts, the gods of the indigenous and Catholic faiths are invoked.

Then the purification ceremony ends and the medicine is drunk. Usually, it is the shaman who drinks the first cup. Then it's up to the participants of the ceremony. Normally the medicine consists only of the pure extract of San Pedro. If necessary my shaman teacher Gendo also helps patients with Reiki to support them in the process with the plant.

In this way the energy can flow freely throughout the physical body and also into the higher bodies, balancing the Chakras and allowing a faster healing.

After his vision has been activated by the plant, the shaman can see the cause of the patient's illness. As a treatment, the shaman sometimes stops to massage or aspirate on parts of the patients' bodies. He aspires to extract the supernatural source of patients' ailments. In some severe cases, it is believed that the forces that cause the disease are powerful enough to attack the patient during the ceremony. This is dangerous and requires immediate attention from the shaman. He will then engage the attacking forces in battle.

During this part of the ceremony if it is daytime you usually walk in nature and connect with Mother Earth.
The ceremony can be integrated with the Ritual of the Rapé or the Ritual of the Sananga. In addition, there is also the possibility of doing shamanic baptisms in the sacred river.

When the first part of the ceremony is over, each patient goes from the shaman to his mesa. The shaman then identifies the herbs that will be used to wish the patient good luck. He will also identify the herbs on the right side of the brim that will cure the disorders of the patient.

After identifying the appropriate herbs, the shaman throws some coca leaves. This form of divination is intended to confirm whether he has made the right choices. In the end, some shamans blow Agua de Florida, water, sugar, and powder on each of the patients. Then there is a final blessing or prayer. Each participant is then offered a bottle of sacred herbs.

I'm waiting for you with open arms to start together a beautiful journey with the loving spirit of Sananga and Rapé. Book your session now at this link:

What is Sananga? Discover the Sacred Eye Drops used by Shamans

What is Shamanic Reiki and the Power of Sacred Master Plants

How is a Reiki Session?

What is Reiki and what are its Benefits?

What is Rapeh? Everything you need to know about this Shamanic Tool